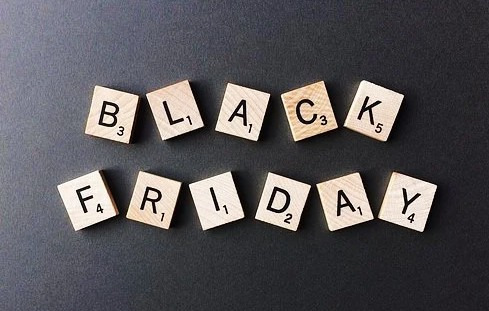 This day arose in the United States, the Friday after Thanksgiving (which is celebrated on the fourth Thursday of November). Today is a day that takes place almost everywhere in the world, in which people take the opportunity to make their purchases that they have been waiting for all year. Thousands of people take to the streets and fill the shopping centers to take advantage of each of the offers from the different stores, both online and physical.

What is the start of Black Friday?

One of the hypotheses is that this expression originated on Friday, September 24, 1869, when two Wall Street agents tried to monopolize the gold market in their hands together with a New York politician, although their attempt was a failure. This was due to the fact that the price of gold collapsed in a matter of time and many were ruined, which is why this day was renamed "Black Friday", or as we know it today: Black Friday.

But the expression "Black Friday" was used a century later, after Thanksgiving in the mid-1950s. On the Saturday after the holiday a football game was to take place between the army and the navy. The city of Philadelphia collapsed on Friday as people flocked to do their Christmas shopping. Faced with the chaos, no police were able to take the day off before the game and the officers had to work long 12-hour shifts to control the crowds that packed the city, which is why they christened that day "Black Friday." The initiative was successful, and soon Philadelphia merchants began using the term to describe the hordes of people gathering in the city's stores the day after Thanksgiving.

The term was finally popularized in 1966, appearing for the first time in the magazine "The American Philatelist" and spread throughout the country after its publication in "The New York" Times used the expression on November 19, 1975 with The intention is to refer to the circulatory problem that originated in the city as a result of the discounts on the day after Thanksgiving Day.

Success of the term Black Friday

From this moment, the term has obtained exponential success, and already in the 21st century the tradition of buying on this day has spread in many countries. In the United States, in 2003, the famous Walmart and Sears stores offered big discounts. In 2011, Walmart further expanded the shopping day by opening its doors from 10 p.m. on Thanksgiving through Black Friday.

When did this day have a great acceptance in Spain? Well, it all arrived in November 2012, from the hand of the German company MediaMarkt. At first, it was not very well received, until in 2013, companies such as El Corte Inglés or Amazon also joined this trend. Since then, more and more shops and department stores have joined the initiative offering great discounts to buyers, and by 2015 the popularity of the initiative was so well established in our country that more than two million people they bought that day, spending almost three hundred euros in a single day.

At VismarEssence we encourage you to take advantage of our discounts, and we recommend some of our perfumes to make the most of these days:

Save products on your wishlist to buy them later or share with your friends.

This website uses cookies to improve your experience. We'll assume you're ok with this, but you can opt-out if you wish